Something very exciting happened last night. The Dallas Cowboys played a preseason game against the Seattle Seahawks. Per our contract, CSD gets a pre-game radio commercial. I plugged in my radio and listened. It took ten minutes until I got to hear our man cave ad! Hearing the words you wrote over the radio is really cool. I had a flashback to when I was a little kid. The Dallas Cowboys were on fire when I was in 1st grade. I remember all the kids wore oversized Aikman and Superbowl shirts. When they won the Superbowl in ’94, the whole of Dallas won. 20 years later, and I cannot escape the Cowboys! So, in honor of that heritage, I present to you Dallas Cowboys Memorabilia from way back when. 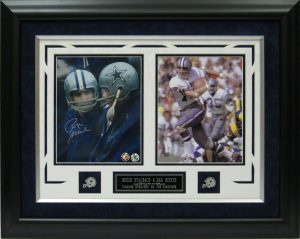 Roger Staubach and Dan Reeves talking on the sidelines. 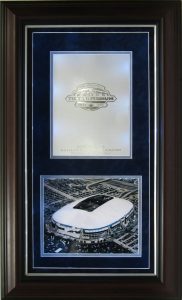 Texas Stadium in its glory days. 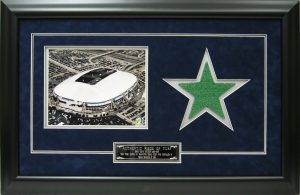 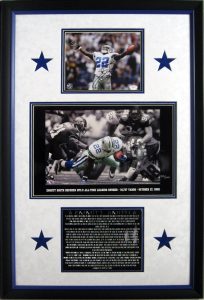 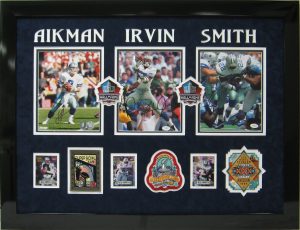 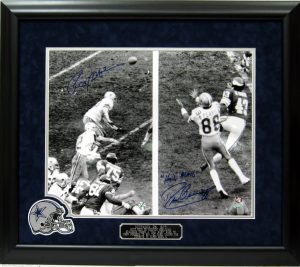 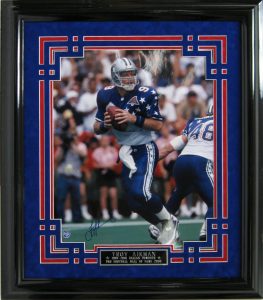 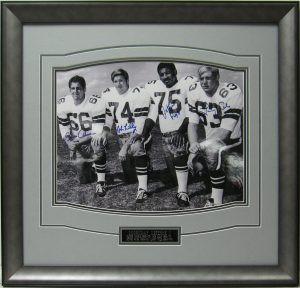 The doomsday Defense I. 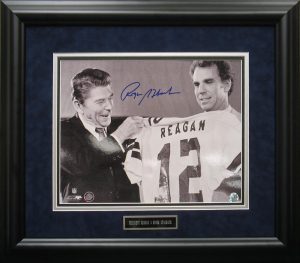 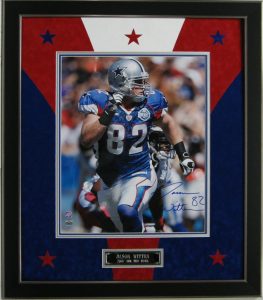 Jason Witten running with the wind. 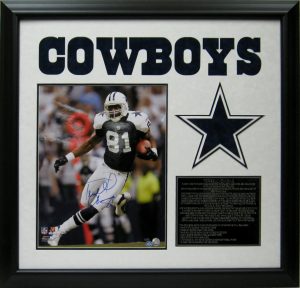 A tribute to Terrell Owens (T.O). 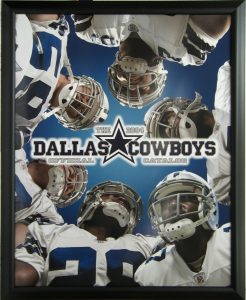 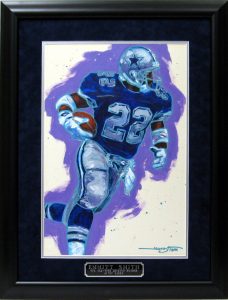 This artistic portrayal of Emmitt Smith is the bomb. 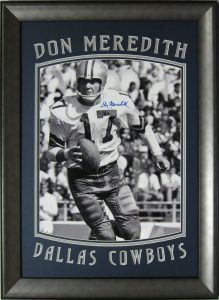 Peeking into the past with Don Meredith. 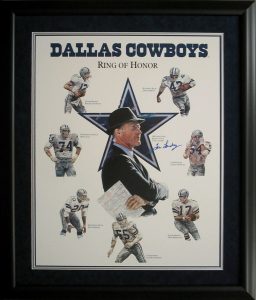 Ring of honor poster with Tom Landry autograph and depiction. 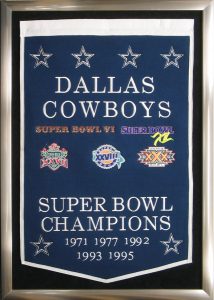 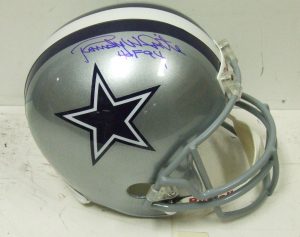 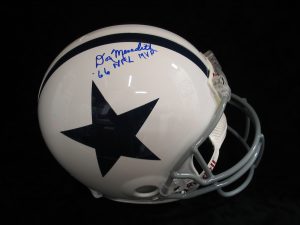 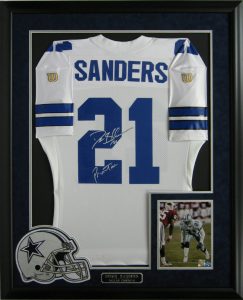 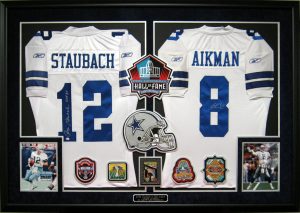 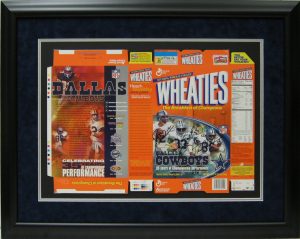 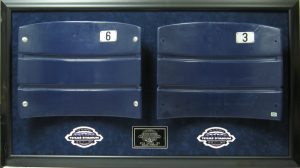 Seats from the old stadium. 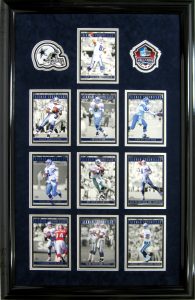 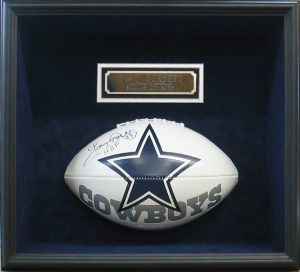 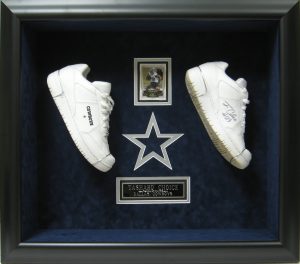 That’s it for Dallas Cowboys memorabilia today. Methinks I might follow up with a different team soon! Hope you enjoyed it as much as I did.