There are some things you don’t really stop to think about. One topic being, “How did auctions start?” I made it a duty to google this myself, and the first link that popped up was a blog by The National Auctioneers Association I found through Mike Brandly.

Spoiler alert: According to the article, the first known auctions to take place were for wives in 500 B.C. According, at least, to Ancient Greek records. Apparently, it was illegal for a family to give away a daughter to marriage through any other method! Other forms of auctioning existed in the far past. Furthermore, in Rome and Italy, family estates and war plunder were auctioned off. Similarly, in Rome, a “Magister Auctionarium” auctioned off war goods by shooting a spear into the ground. Wow.

Moreover, in America, auctions arrived with the pilgrims, reached beyond the Civil War, and has been going strong, even through the Great Depression. The first auctions in America featured items like furs, livestock and tools. Some even say that the fur trade was the major reason behind settlement in America.

Nowadays, practically everything is auctioned. I think one reason is that it is a good way for both the seller and buyer to make a deal they can be proud of, with the added bonus of a bit of excitement thrown into the mix. In the sports industry in particular, the idea of online auctions to sell valuable sports memorabilia is growing by the month, and that’s not an exaggeration. Anybody can become an auctioneer… well, as long as you have a gavel… or, I suppose, a spear! Only kidding 🙂 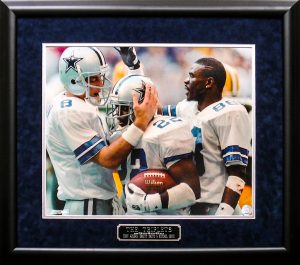 If you haven’t learned about our stadium sports auctions yet, you’re missing out.